If you have a technical writeup you would like to share, feel free to post it in the articles submission area within.
Locked
3 posts • Page 1 of 1

What this is all about.

Very often threads pop up asking about the best way to achieve good crank case ventilation. Equally as often bad information is posted up by those that do not understand these systems. It is therefore my goal here to clearly define the objectives, problems and methods involved in ending up with a good ventilation setup.

What we are trying to achieve.
Why :

Why these are good things to strive for.
Background :

What you need to know beforehand.
The OEM Way :

How the OEM system on your car functions. Your OEM vehicle probably has the following setup on it :

These stock systems have several modes of operation :
It should be noted that during idle, lift-off, cruise and low load conditions that there is a cross flow of fresh air into the crank case from the breather and blow-by and fresh air out of the crank case into the intake manifold. This is because the PCV is drawing more gas than the engine is pushing past the rings. This style of setup is more than adequate for the vast majority of vehicle users running naturally aspirated and low boost engines in a normal non-abusive way.

Why the OEM way isn't good enough for some of us.
Misconceptions :

What probably isn't wrong with your OEM setup.
Doing It Better :

How to improve on the OEM way without regression.
Summary :

In summary I would advise to :
This will keep your engine clean on the inside, free of excess pressure and your intercooler clean and dry too.

The following people provided information and pictures for this article. Many thanks to them!
This article was written hastily and in a short space of time very recently and consequently is probably full of mistakes. Suggestions are welcome, please place them in the comments thread here : http://www.diyefi.org/forum/viewtopic.php?f=35&t=99

Fred.
DIYEFI.org - where Open Source means Open Source, and Free means Freedom
FreeEMS.org - the open source engine management system
FreeEMS dev diary and its comments thread and my turbo truck!
n00bs, do NOT PM or email tech questions! Use the forum!
The ever growing list of FreeEMS success stories!
Top

Stock FE-DOHC breather fitting is 10mm ID at the inside and outside, but, only 5mm ID through the middle! Replacement is 11.5 ID (throughout) compared to 12.5 OD of the OEM fitting in the cam cover. The replacement is also dual and the OEM PCV setup through to the intake is still in place. This post to be integrated above and deleted. Just performing the mods on my own engine now and making a note.

This is my new setup described above and inspired by Rob's setup as pictured further up in the thread. 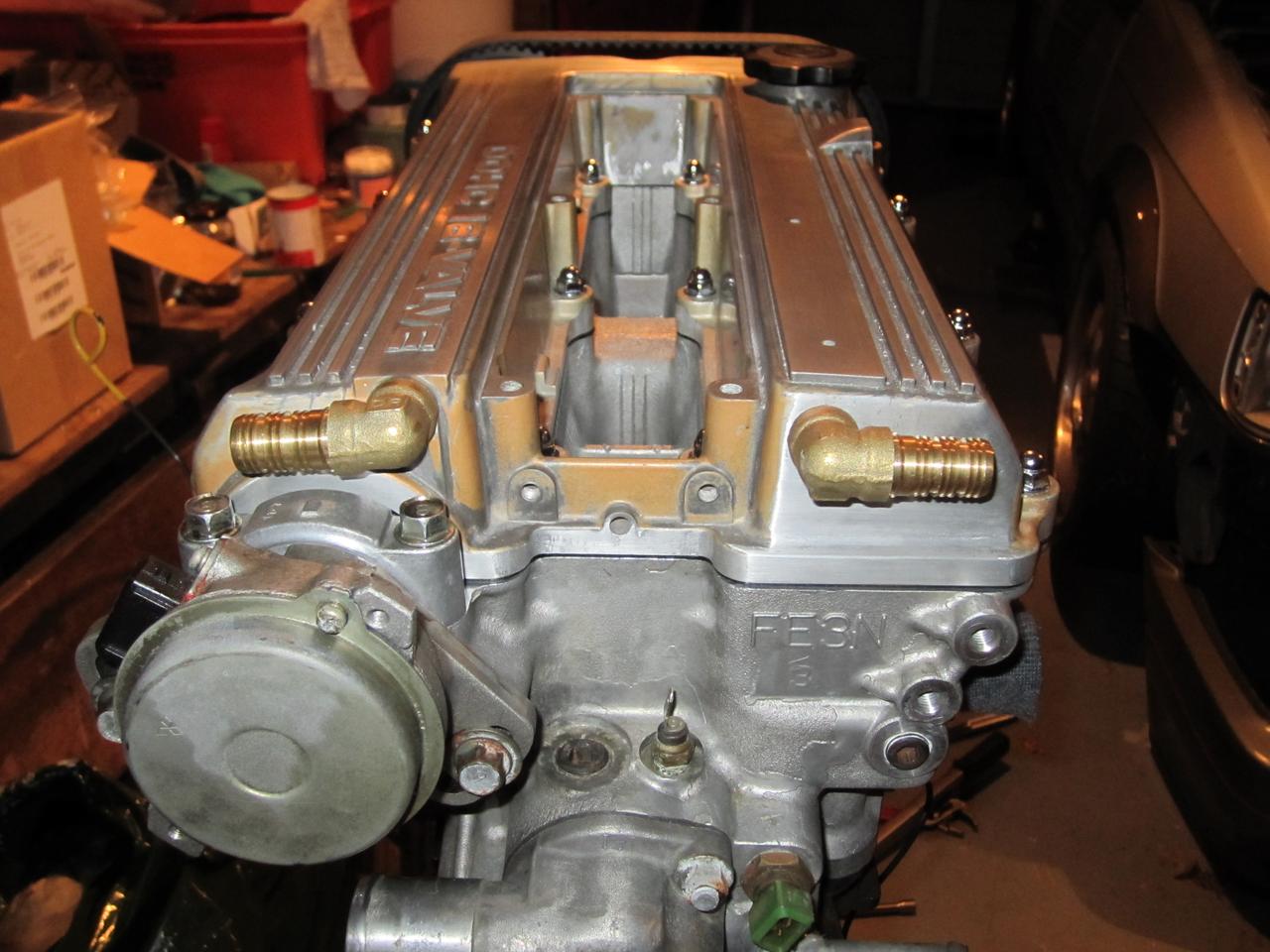 I'll add more pics here as I find them and upload them.

This thread inspired my friend and one of our members to write an article on the same subject on his favourite forum. His thread has some great monologue and diagrams in it, and I highly recommend reading it after reading this one.